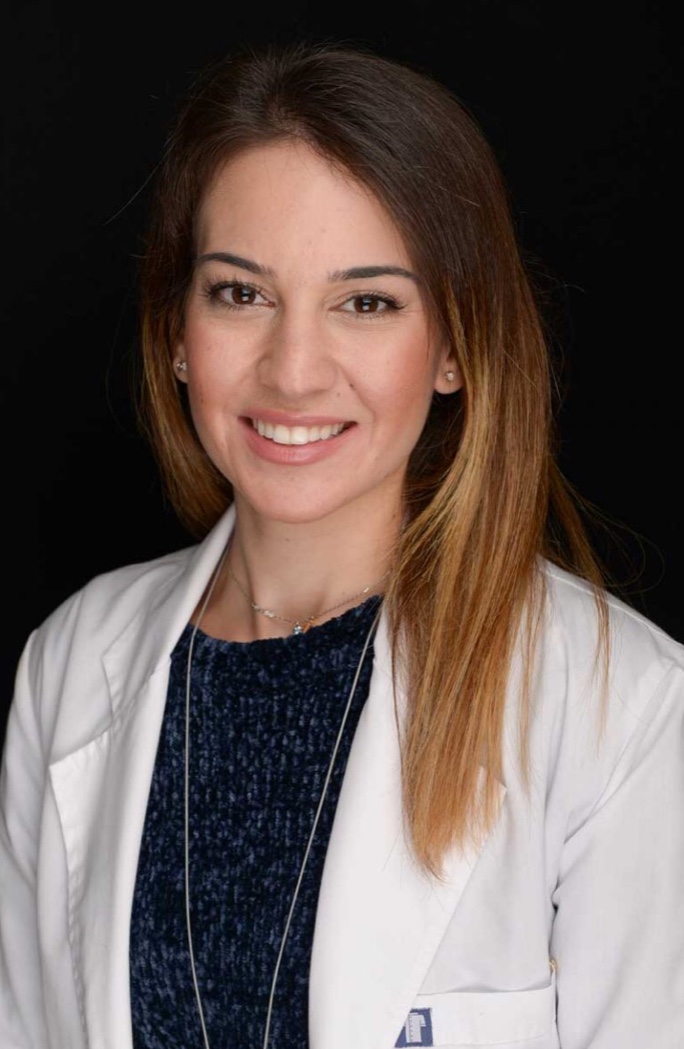 From 2014 to 2017, she worked as a general dentist at a private clinic, where she familiarized herself with the full range of dentistry specialties. Even after her graduation, she actively participated in the activities of the University’s Oral & Maxillofacial Surgery Clinic. She officially started her internship at the above Clinic in 2016, applying oral surgery and implantology at the university grounds, as well as at “PAIDON P&A KYRIAKOU” Children’s Hospital and “EVANGELISMOS” General Hospital of Athens.

As of 2017, she performs Oral Surgery and Implantology at her private practice in the municipality of Dionyssos, and in cooperation with other clinics.

She actively participates in several conferences held in Greece and abroad, and she has published a capable number of scientific articles in Greek and foreign magazines. She is a member of the Hellenic Society of Neck and Head Cancer, the Scientific Society of Oral Surgery, the Hellenic Society of Oral Medicine and Pathology, the Odontostomatological Progress Company, the Facial Esthetic and Rejuvenation Academy of Greece (FERA Greece), as well as the European Association for Osseointegration (EAO) and the International Team for Implantology (ITI).