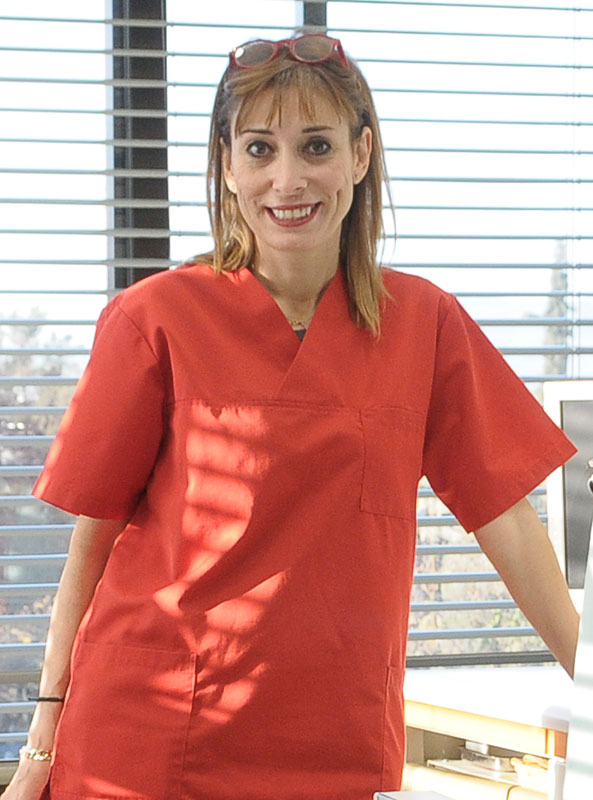 She studied Dentistry at the University of LOUIS PASTEUR -STRASBOURG I FRANCE.

In 1994 she became Doctor In Dental Surgery at the same University.

In between in 1992-1993 she attended the University diploma of Skull-Neck-Face complex morphology in the University of NANCY FRANCE.
In 1994 she also finished her specialization in periodontology at the “COLLEGE DE PARODONTOLOGIE DE L’EST DE LA FRANCE”,under Dr. Klewansky and Dr. Tenenbaum.

Coming to Greece in 1995 she becomes Research Fellow at the University of ATHENS , at the Periodontology sector and in the same time she starts her own private practice at the Dental Institute of Psychiko , where her main activity is Periodontology and Esthetic Dentistry.

Periodontic patients’ needs for restoration with dental implants pushes her to specialize in implantology and after a 2 year post-graduate program and exams she obtains a certification of Specialist in implantology by the German Association of Oral Implantology (D.G.I)